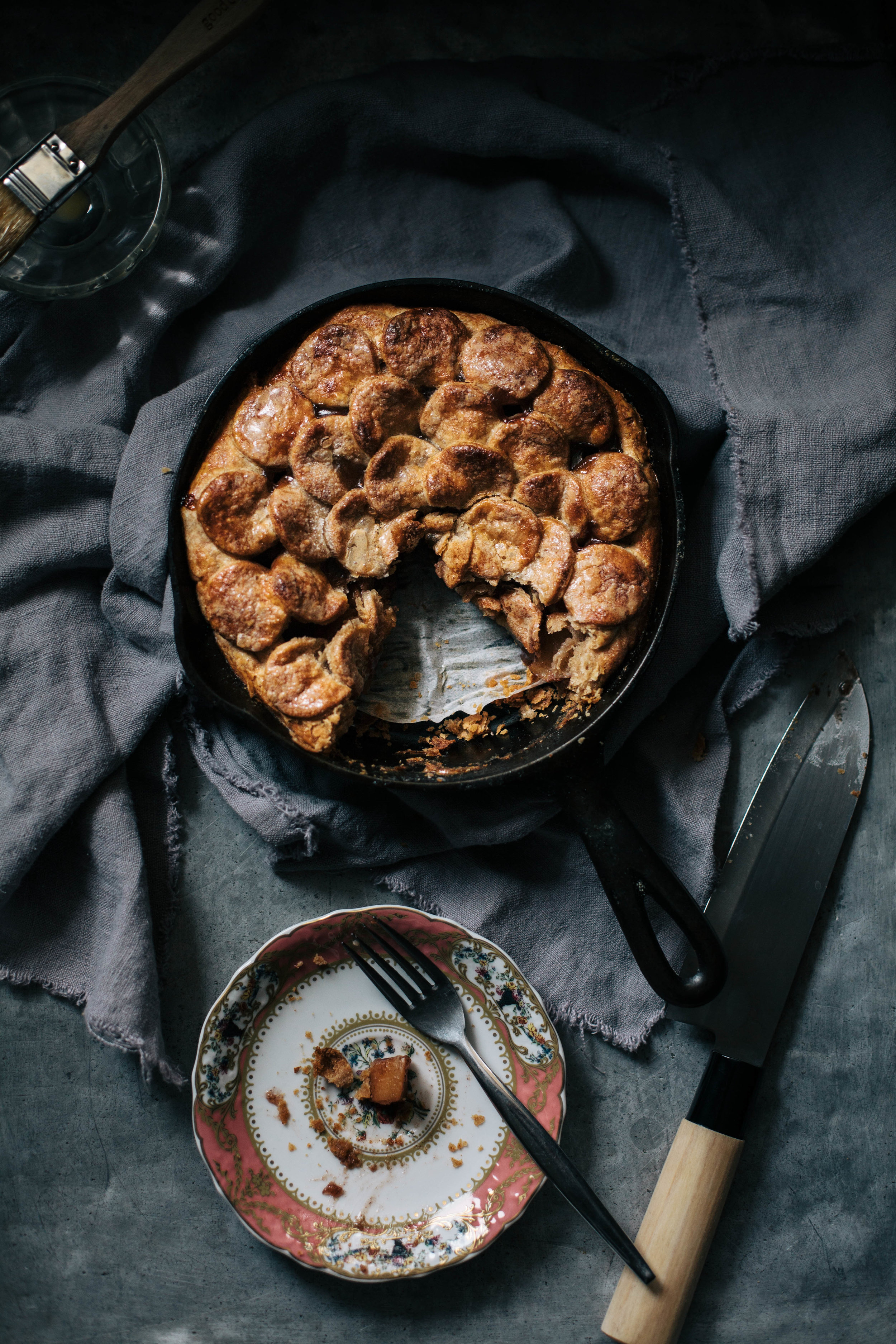 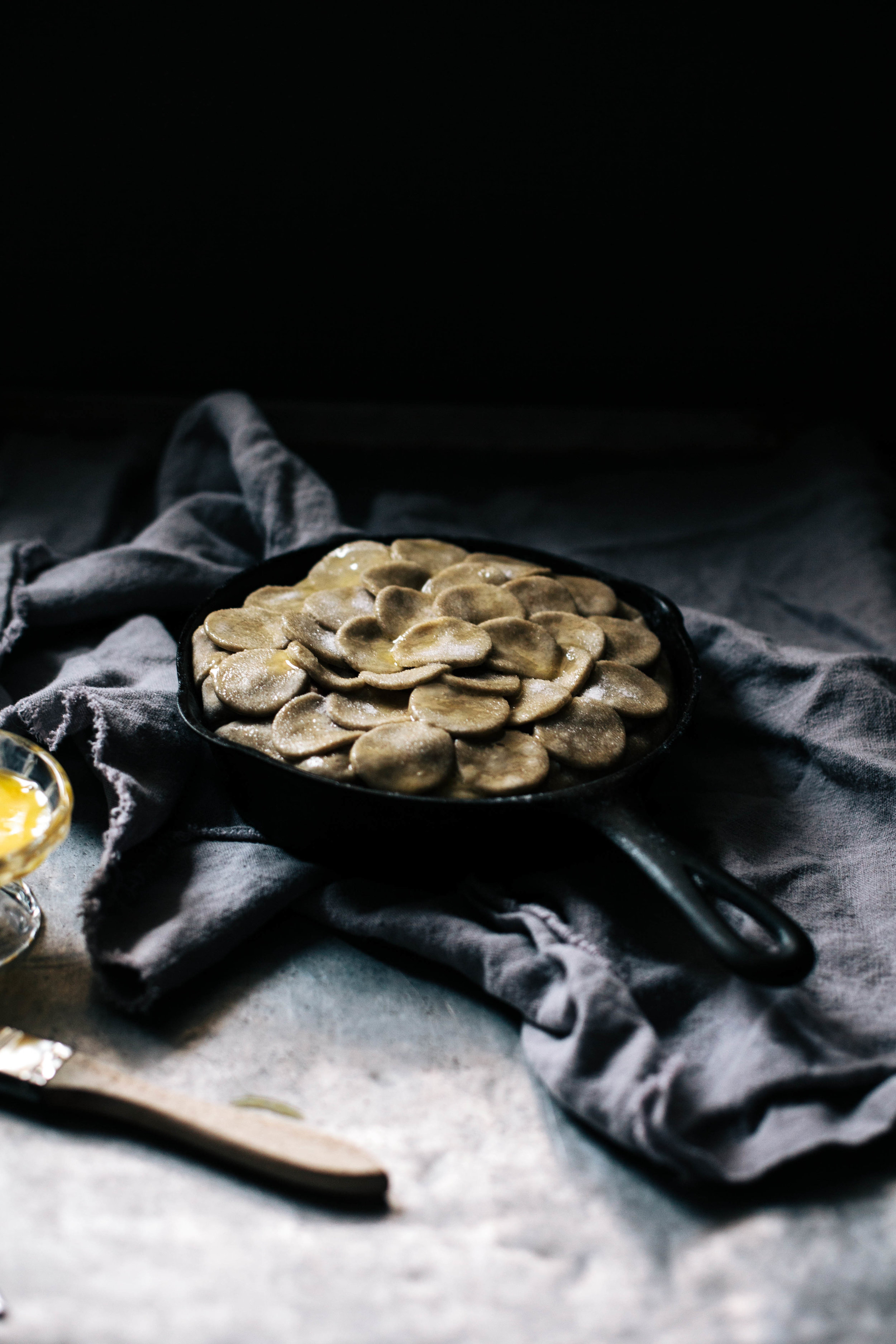 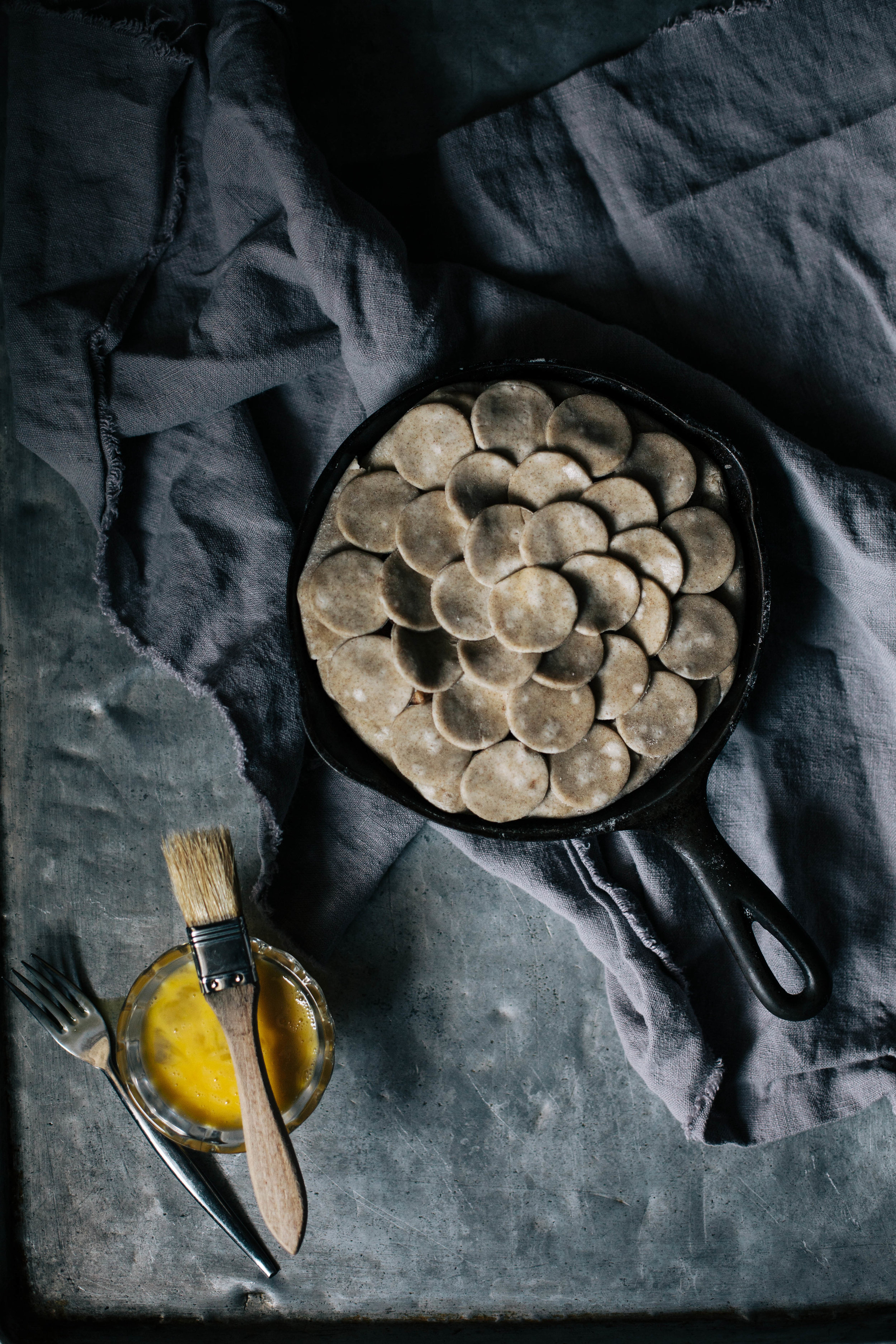 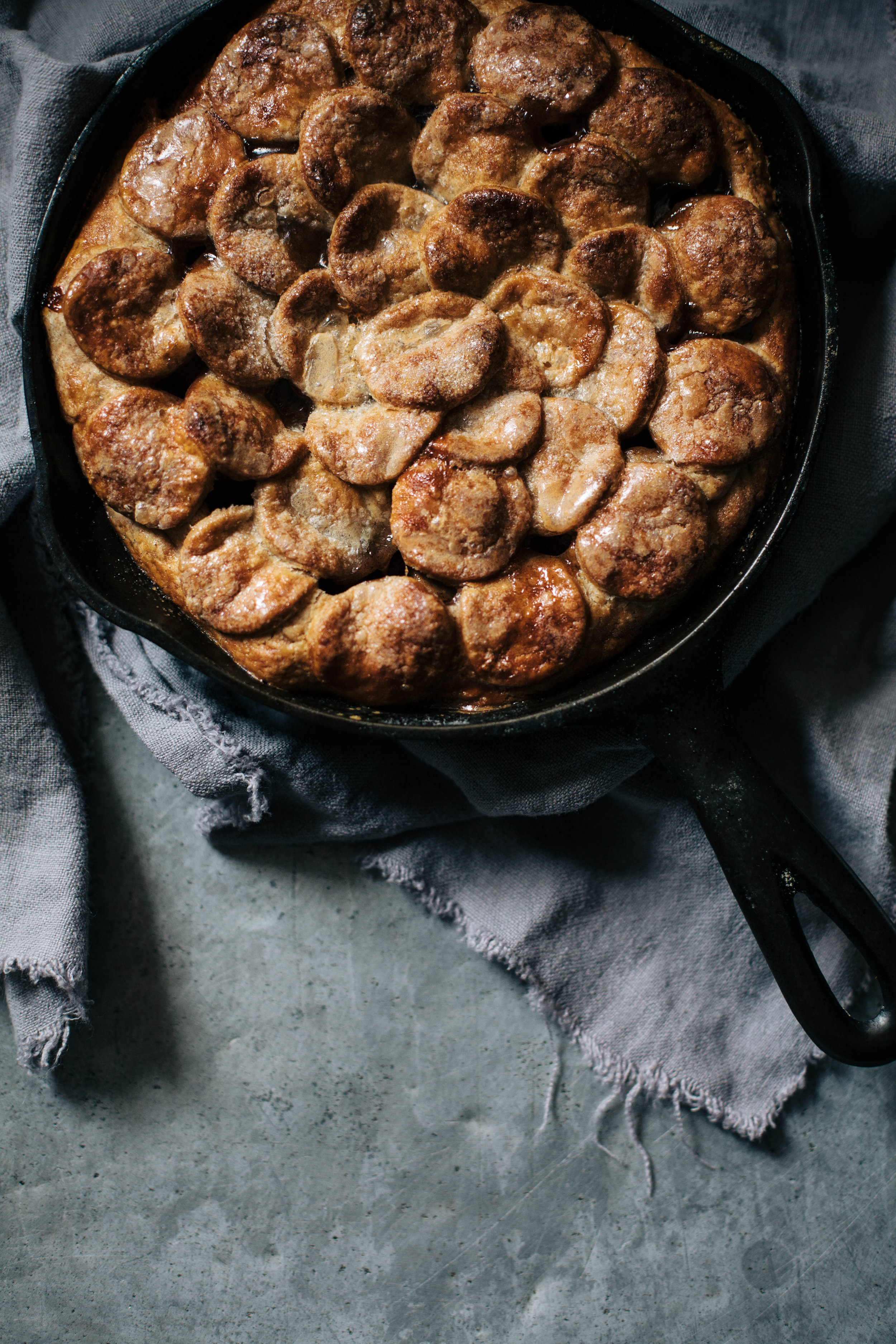 Mix flours and salt into a large bowl. Toss butter in flour mix to evenly coat. Quickly, use your fingers to rub the butter into the flour to create a shaggy dough. Having some flat, thin pieces and large and chunky pieces of butter in it. Drizzle the water over the dough. With your hands, toss all together until evenly distributed. Press into a ball, either in the bowl or on the countertop. Just press in any shaggy edges. Divide into two and press into flat disks. Wrap in plastic wrap for at least 1 hour (up to 5 days).

Whisk together the cinnamon, sugar, cardamom and cornstarch in a large bowl. Add in the apple chunks and toss to coat. (I prefer to cut the apples into slightly irregular sizes, it made some softer and some more toothsome once cooked. I like the variation, cut all into the same small size pieces if you prefer them all the same tenderness)

Take the disks of dough out of the fridge and let it at room temperature for about 10 minutes to soften just a bit. Roll out one of the disks on a floured surface to 10" inch circle. Transfer to tan 8 inch skillet, (I like to line just the bottom of the skillet with parchment so I don't scrape the bottom of the skillet when cutting) letting it slump in and leaving the extra dough to hang over. Cover with plastic and place in fridge while rolling out top crust.

Roll out the second disk to the same thickness as the bottom layer. Cut out the dough into small circles using a cutter.

Take the dough-lined pie tin out of the fridge and fill with the apple mixture. Fold over the overhang of the bottom layer. Completely cover the top, including the folded in overhang with the dough cutouts. Cover with plastic and freeze for 20 minutes.

Remove from freezer and remove plastic cover. Brush the top with the rest of the beaten egg and sprinkle with coarse sugar. Place on a baking sheet and into oven. Bake for about 1 1/2 hours, until top is a deep golden brown and juices are bubbling. Let cool for 4 hours.