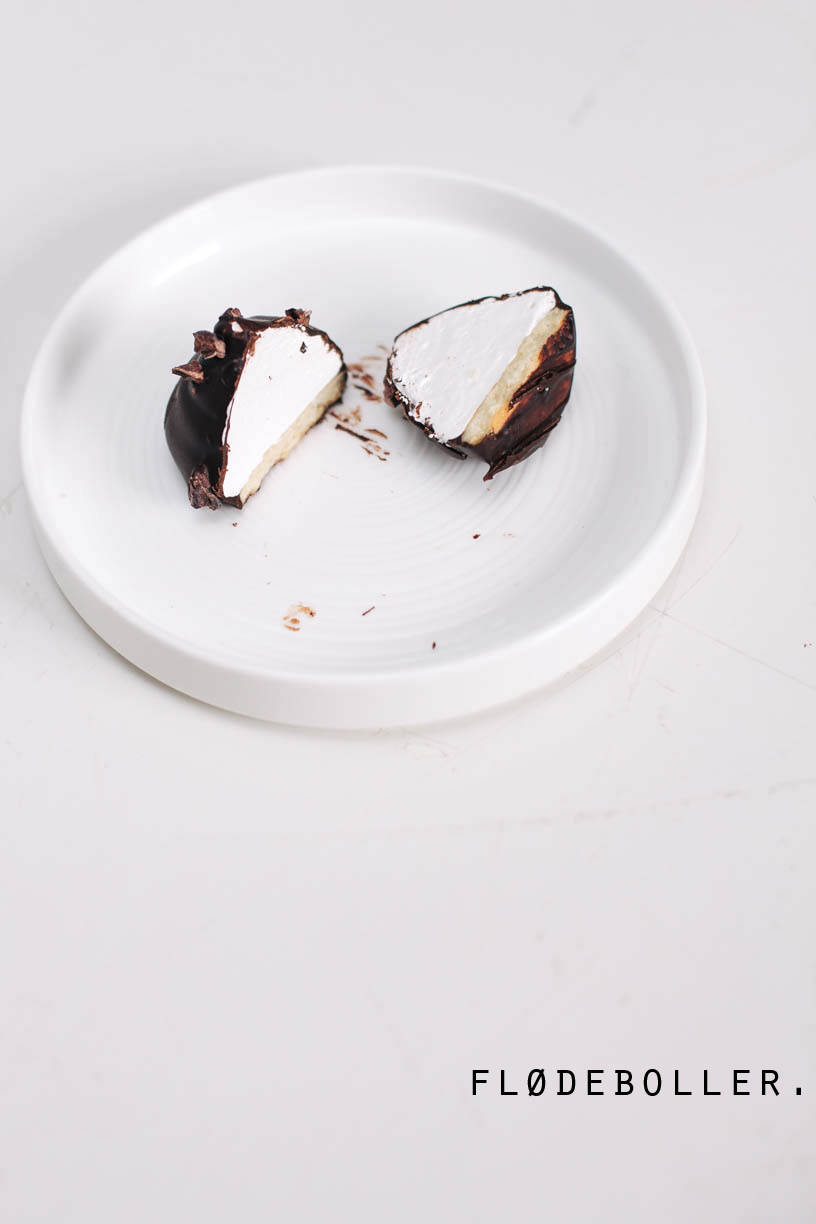 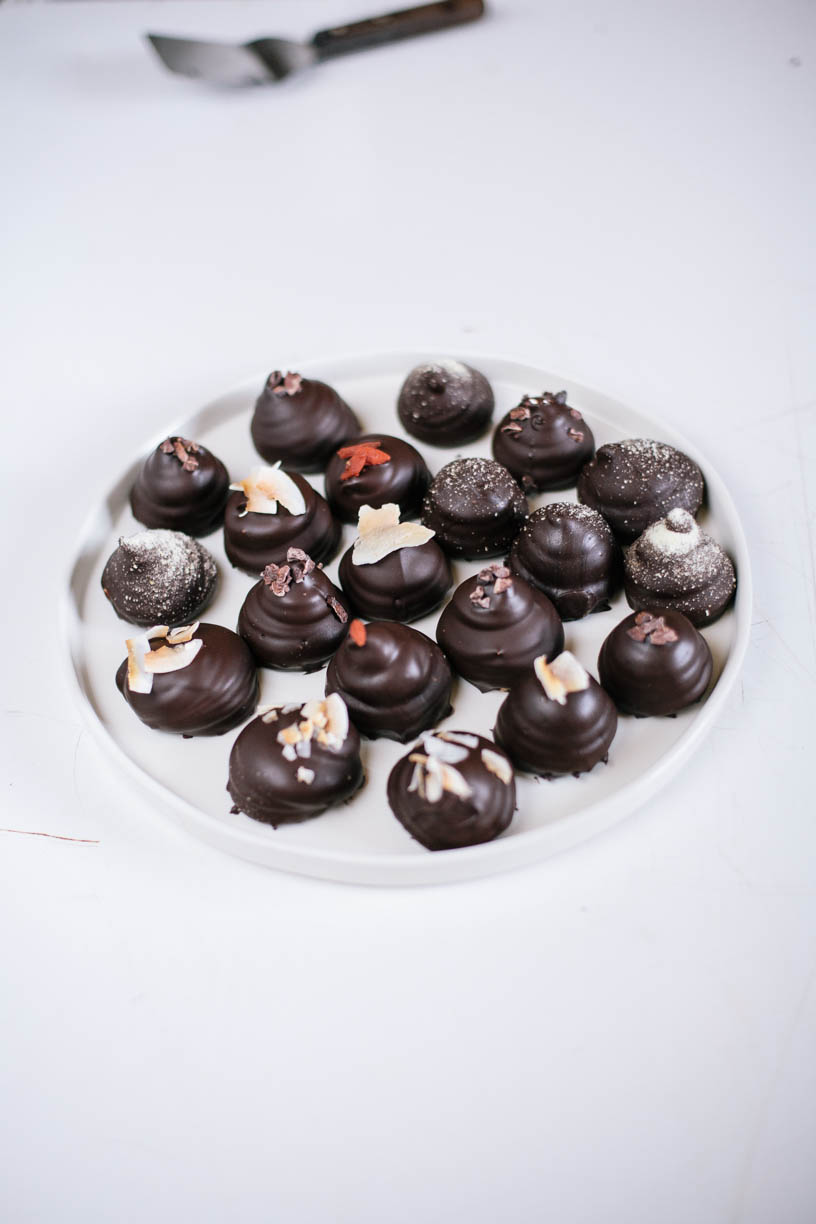 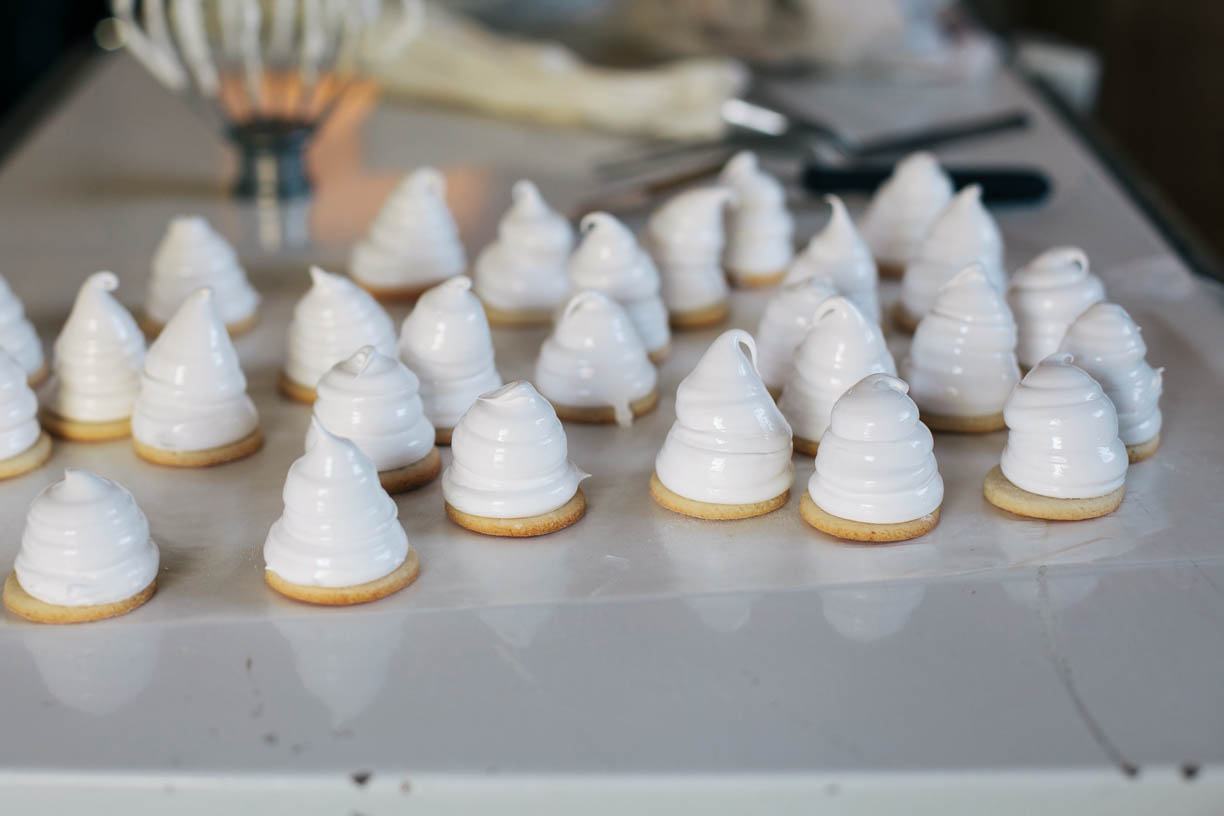 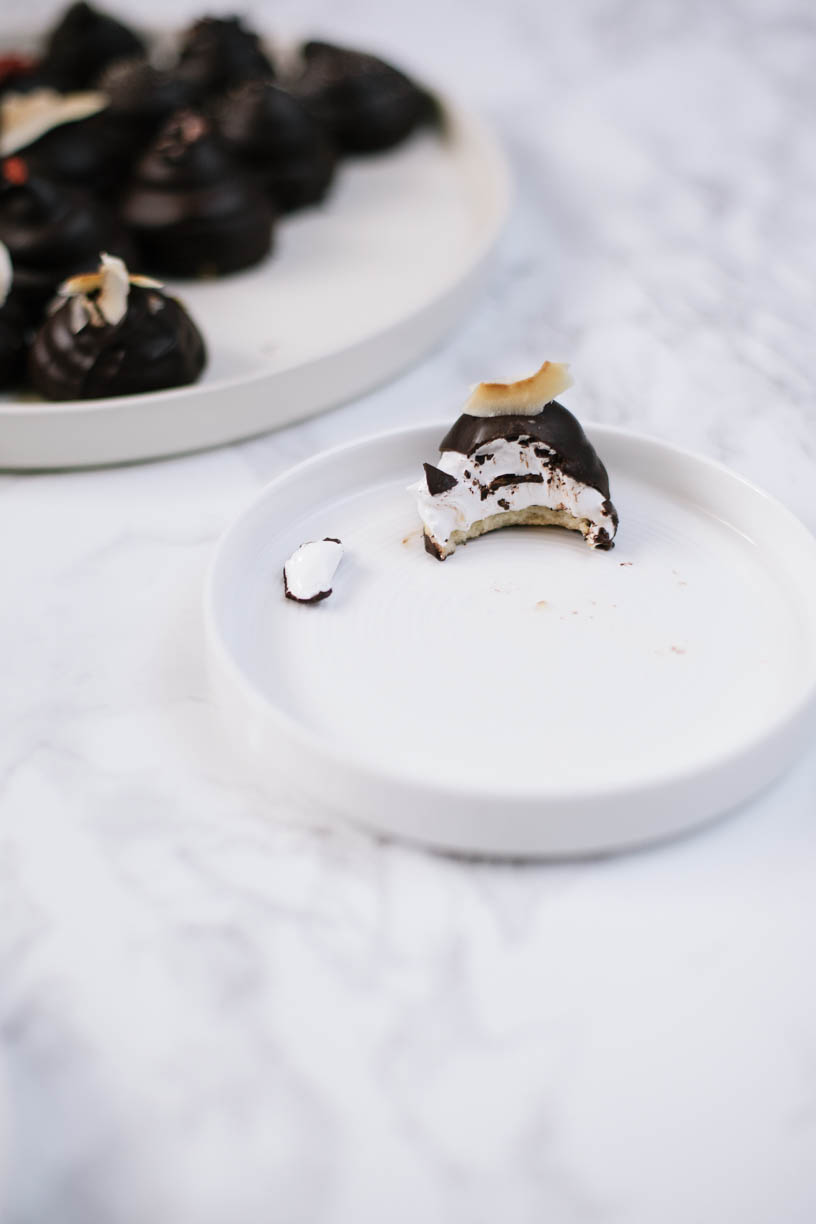 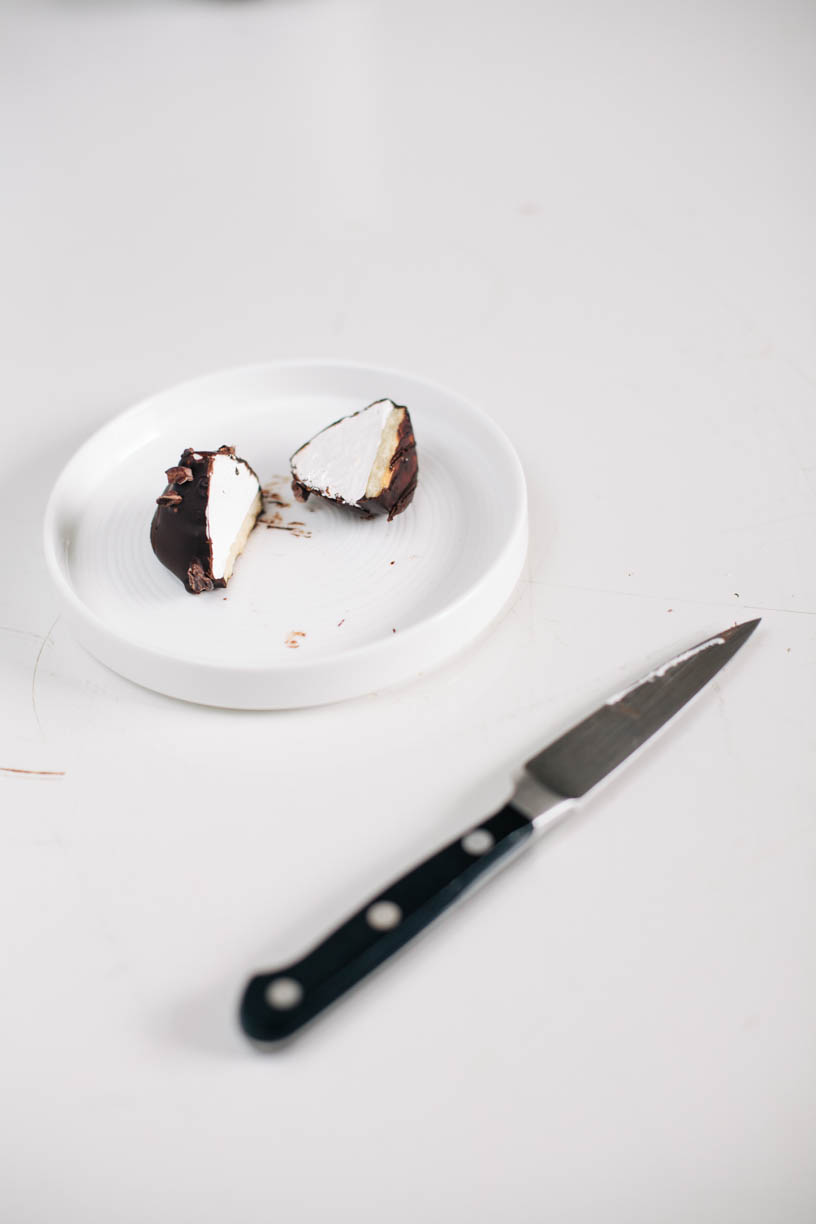 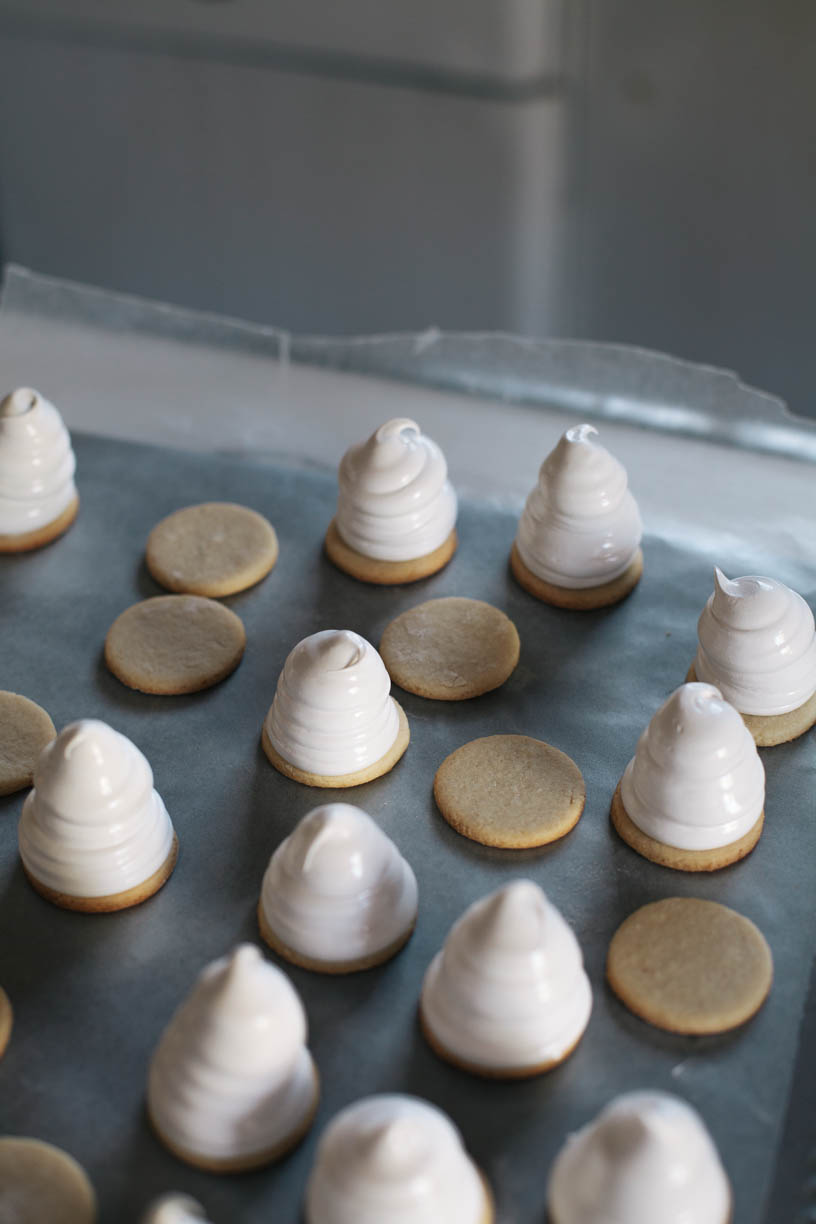 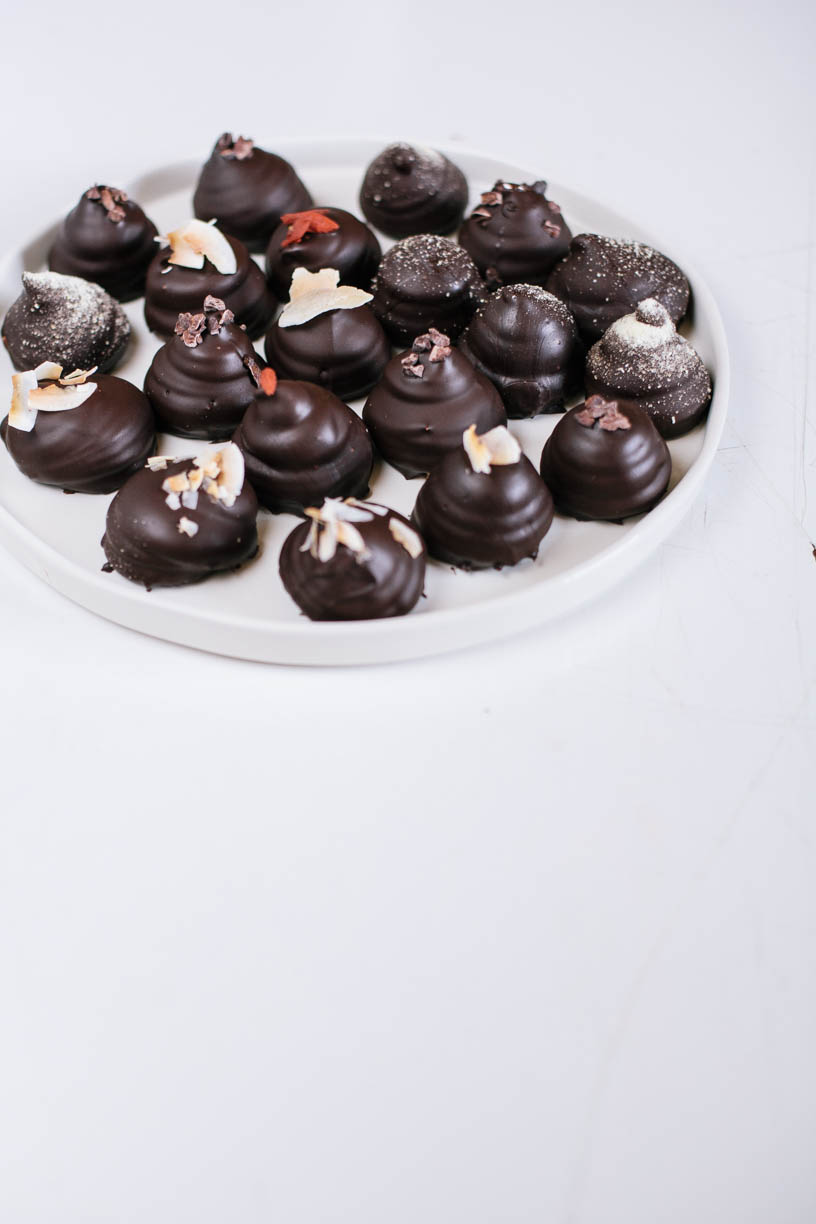 So almost one year ago I went to Stockholm and Copenhagen with my family. I think the one thing my family took away from that trip about me, is that I ate obscene amounts of sweets. Candies, chocolates, pastries. Nothing was off limits. Everything looked so different from what I was used to, I had to try it all. I constantly had a bag of bulk bins sweets from a corner store in my bag. Sometimes there wouldn't be an English description of the sweets but that wouldn't even stop me. I got it all. This tactic only failed me when it was their salty black licorice that I could never manage to get down.

I had no clue what it was. Without seeing one broken into, it was a mystery taunting me from the shop window. Was it solid chocolate? Ganache center? Fruity? Quite possibly ice cream? No it couldn't be that.

So after finally just getting one I realized it was a big puff of marshmallow creme on a little biscuit covered with chocolate. Generally not being a marshmallow enthusiast, I was surprised by how taken I was by this little treat.

In a stand mixer fitted with a paddle, beat marzipan and white together until combined. Add in flour until starts to come away from the sides and be less sticky. I didn't measure my flour, just kept adding bit by bit until it was not impossibly sticky.

On a floured surface, roll out to about 1/4 inch thick. Cut into circles, mine were quite small, maybe 1-2 inches in diameter.

Place on a parchment or silpat lined baking sheet. They can be quite close together, mine did not spread at all. Bake about 10 minutes until just slightly golden. Let cool completely.

In a saucepan, whisk together the sugar, corn syrup, water and salt until combined. Place on stovetop over medium/high heat. Boil without stirring until it reaches 240F.

Once mixture reaches temperature, take off heat and with mixer on low, slowly drizzle into whites. Turn the stand mixer up to high and beat for 8-10 minutes, until stiff glossy peaks and bowl is cool. Transfer to a piping bag fitted with a round tip.

Pipe the marshmallow onto the biscuits, covering the entire based and swirling upwards into a little pyramid-ish shape. Place in fridge for 1 hour until cold and not sticky. With the melted and slightly cooled chocolate, either dip the marshmallow puffs in or place them on a rack and pour the chocolate. Then top with your choice of topping and let chocolate harden completely. (I had to keep mine in the fridge because the house was too hot. The would let come to room temp before eating)